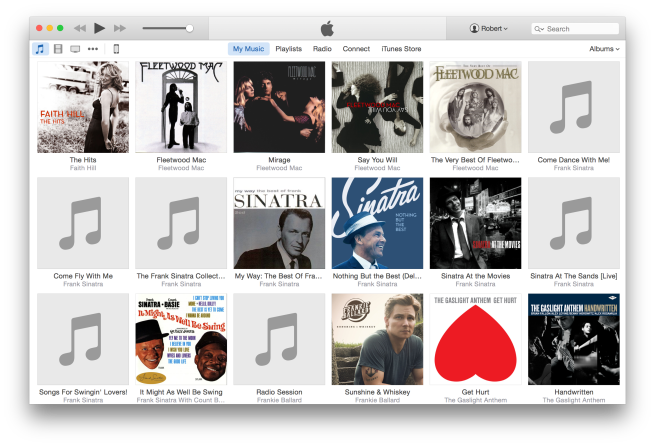 It struck me, as I spent two nights this week trying to sort out my daughter’s problems with her new Apple Music app, that Apple have been releasing a lot of stuff recently that doesn’t work that well.

When I worked for an IT company, we always used to joke about ‘upgrades’ making things worse, and computers being rubbish. The problem for the industry has always been that it relies too much on making stuff obsolete as quickly as seems reasonable (to them) and refreshing/recycling their product cycles. When you depend on your existing customer base for the your future income and profits, you’re always going to be making things steadily worse.

Tech always follows this pattern. Things start off basic, with few features. Then, for a few cycles things might improve as ‘missing’ features are added and the usefulness and functionality of the hardware/software improves. But then, always, a tipping point is reached and the platform is in trouble.

PageMaker was good up to version 5, I seem to remember. Then PageMaker 6 was worse, and then it died, to be replaced by InDesign. InDesign itself is so long in the tooth that it’s too hard for new users to learn properly. Long-term users probably hate and resent it by now, too. Photoshop probably peaked around CS1. The current version, again, is just too hard for a new customer to pick up and use effectively. Think about that: you’re only making something for people who have been using it for years, and who can take on board new features or simply know enough to ignore them.

MS Word peaked around version 5. Apple Pages peaked two or three versions back. iMovie peaked at version 2. iTunes, christ, it’s been so long since it was any good, I don’t even remember.

First computers got to complicated, and they gave us smartphones, which were simpler. Software written for mobiles had to be small, efficient, and fast. But then the hardware kept ‘improving’, so the software got more complex, with more features, demanding more and more of the hardware. So then they introduce the Watch, which gives us a smaller, simpler platform again. But there’s a problem, a perception that even these simpler platforms are starting out too complex.

I’m not sure it’s entirely true of the Watch. I mean, there’s a whole lot of web sites depend on publishing how-to articles and FAQs and reviews, and they have a stake in making things seem a little bit difficult. So I haven’t got a Watch and couldn’t say, but I do know how disappointed I have been in recent years by the following:

I could go on. Some of the problems don’t even get that much publicity, and I think I know why. People now expect their tech to be complicated and barely functional. All the new users Apple have gained in recent years have come from platforms where this was how things were. But for long-term Mac users (a smaller niche), the way things are now is much, much worse than it ever was.

The case of Photos, and even iMovie, were instances where Apple was trying to do the right thing by users, and strip things back to the basics, trying to make things easier. When it comes to Music, however, they’re glomming on new features and complicating the interface and user experience.

Music discovery and music consumption are in fact two separate things. Mixing them together creates a poor user experience. The nice thing about iOS was in fact the way that the iTunes store, with its fairly useless music discovery tools, was completely separate from the Music listening app. But the new Music throws in your face the frankly terrible curation going on in the iTunes music store when it comes to new music discovery. It reminds me of my old job, a few years ago, when I had to step in to stop the purchasing department from creating new product categories for almost every new product they put into the database – mainly because they didn’t know enough about stuff to know what it was or what it did. In the case of music, different employees are obviously categorising music in different ways, so that the same artist doing the same sort of thing will ends up under Blues, Country, Singer-Songwriter, or Folk, depending on, I guess, who is inputting the data. Or maybe the problem is at record label level.

Anyway, finding new stuff is not easy. And human curators who know less than you do are not going to help.

For a few years, it looked as if Apple might succeed in the Jobsian project of turning computers into appliances. But recent events have sent things off the rails. There are lots of things to love about Tim Cook’s Apple. I love his activism, his focus on diversity, his robust response to dickhead analysts and shareholders. But. We’ve taken several steps backwards from the computers-as-appliances goal. And this is not the first blog entry I have written rueing a recent Apple ‘upgrade’.

My Tweets
Idea For a Movie dot blog
rashbre snapped

there is fun going forward

TIME TO REGISTER TO VOTE