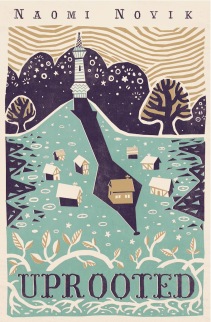 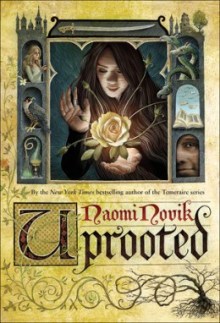 This Nebula award winning novel was published in 2015 and has the benefit of being (so far at least) a standalone book and not part of a series. I’m on record as not being the biggest fan of the fantasy genre, though I clearly like it more than, say, someone who never reads any. But I picked this up because it won the award an I’m glad I did.

I wasn’t keen on the cover on the edition I had. Of the three above, I think I prefer the one on the left. What I mean by this is that I wouldn’t have even picked this up or shown any interest in it if I hadn’t heard it mentioned on The Incomparable. Which means this book had to overcome a lot of prejudice to win me over.

It achieved this fairly quickly. If I had to blurb this, I’d say it starts out a bit like Beauty and the Beast meets The Sorcerer’s Apprentice and a little bit of A Wizard of Earthsea. Which means it involves a young girl dragged from the bosom of her family/village to serve a monstrous local wizard (known as The Dragon) who then learns just enough magic to get her into trouble. It moves on from there, though, and the pacy story takes you into a fully realised world in which a malevolent entity in a forest wages war on human settlements.

I’ve seen a few online complaints from people who “don’t get it” and object to it winning the Nebula. I guess some of these people simply object to the female author and female protagonist. In another sense, you could say that this is a fairly standard fantasy with no surprises, but I think that would be to miss the point about what this book brings to the genre. It’s fresh, lively, well-paced, and although it’s a mashup of various fantasy and fairy story ingredients, it takes enough unexpected turns to keep you interested. The writing is excellent, too, and as someone who doesn’t enjoy most fantasy, I welcomed the skilled handling of the story elements. 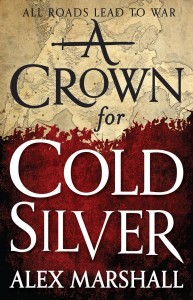 A Crown for Cold Silver by Alex Marshall

In terms of writing style, I’ve complained before about George R R Martin’s writing in A Song of Ice and Fire because I find it lacking in terms of authorial voice. The books in that series read to me as if they’re written by a machine or a committee. And just as Naomi Novik brings a much fresher voice to her work, Alex Marshall (pseudonym of Jesse Bullington) brings a lively style to this first in a Game of Thrones-like series.

The comparison is apt for several reasons. The first is that Crown is set in a fantasy world and there’s (of course) a map of the star-shaped continent upon which the action takes place. The second is that there is and has been a competition between different claimants to be ruler of an empire. The third is that there is an extremist religious group that tries to act as the power behind the throne. The fourth is that the narrative has multiple points of view.

I could go on, but the point is that this is a fantasy novel along very similar lines to A Song of Ice and Fire. The key difference, of course, is in the telling, and I found this to be enjoyable, funny, human, and (crucially) far less prone to the longeurs of ASoIaF (which we need to distinguish from the far better TV adaptation). Pacy seems to be my word of the day. This tale fairly motors along – at least until all our characters meet up for the decisive battle.

Another key difference between this and ASoIaF is in the sexual politics, and the reason A Crown for Cold Silver was honoured by the Tiptree Award committee. We have several female protagonists (of various ages, including the normally invisible ones); we have women and men fighting, drinking and adventuring alongside each other; we have gay marriage; we have people sexually attracted to each other regardless of gender. And all of this is mere backdrop to the story, deftly handled and sustained, without feeling forced, awkward, or artificial. It’s so normal that it makes all those other books, including the ones in  which feisty female protagonists fight to be taken seriously as warriors, or magicians, or healers, seem silly. And, you know, there are no rape scenes.

Your heart sinks after 700 pages of anything and the knowledge that there’s a sequel, which of course there is. But, aside from that, this is a confident, entertaining, stonking good read.